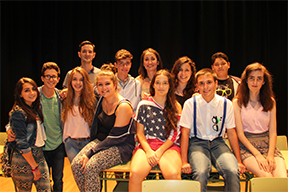 Last week’s production of “The Quest for Gold” was a complete success. We are all vary proud of our young talents!

The stage was managed by Carol Ingram, a longtime collaborator and a true professional. Every single detail was so meticulously looked after that it could have well been a Broadway stage production.

Matthew Klondike directed the play, that tells the story of a Spanish galleon on its way to “the Americas” and in particular, it goes into the interactions of these conquistadors, the power struggles and the interaction with the locals. It was a very interesting play that incorporated a bit of history, drama and humor. 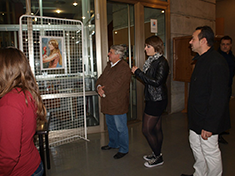 The actors and actresses did a phenomenal job, led by the conquistador “Don Juan Pigmeo Lopez de la Garza y Molinos Asuncion”, extremely well played by Jose Mancuerno. Jose managed to make us all feel like we were actually living that era. His command of the stage and his talent to improvise speaks of the hard work he has given for this play. In particular his ability to maintaining such a believable Spanish accent while speaking in English.

Kudos to the entire crew and a very, very special thank you to what has now become our official limousine company, Rockford Limousines. They provided superb services to our VIPs.